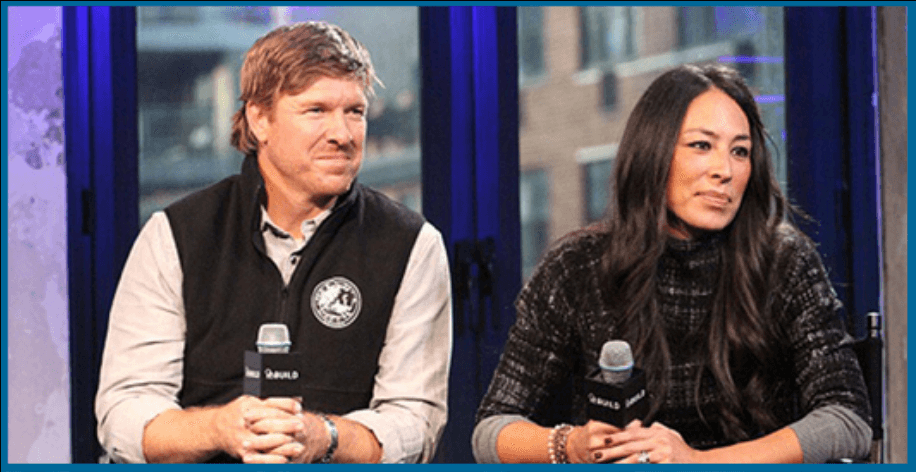 Just at the height of their popularity, Chip and Joanna are ending their wildly successful hit tv show that features home improvement projects. After 5 years, Chip and Joanna announced the next season will be their last.  The couple says they want to focus on time with their family.

What do Chip and Joanna want in their future?  Joanna jokes “two weeks off” her busy life, before she begins a new company dedicated to product-development, and Chip adds they want to work on their business and those relationships.  We say, Joanna and Chip, here’s how to enjoy your cake and have time to eat it too!

Chip Gaines is co-owner and co-founder of Magnolia Homes, and co-stars in HGTV’s Fixer Upper with his wife Joanna. Chip manages the construction and realty side of Magnolia. He has 15 years of experience in the field and has remodeled hundreds of homes. His design preference is “whatever Joanna likes,” and he always comes up with a “creative solution” that saves the day and helps Joanna make the impossible possible.

Here’s a great new way to complete a kitchen makeover with a DripDry cabinet dish rack. Joanna will love making time for the kids instead of putting away dishes – and that may just be what they need! Chip loves life with his four kiddos and is head over heels for Joanna. Hand in hand is exactly how Chip prefers to work, which makes “Fixer Upper” even more fun to watch, and he enjoys seeing his and Joanna’s passions merge to compliment and serve each other.

Joanna admits she was worried people would just associate her new company with her TV show, and she felt as though that was going to be a huge disservice to the company. The products they produce, Joanna explains, are really life-changing and deserve to be “recognized on their own merit.” The DripDry is a product that sparkles because it’s good for the environment and helps quickly dry washed fruits and vegetables before cutting them. Chip, it’s easy to install into any cabinet! Would Joanna and Chip consider a new design, a show just on ways to build-in wet storage space in a kitchen, and to take the home-improvement world by storm?

Will we see a new transformation?